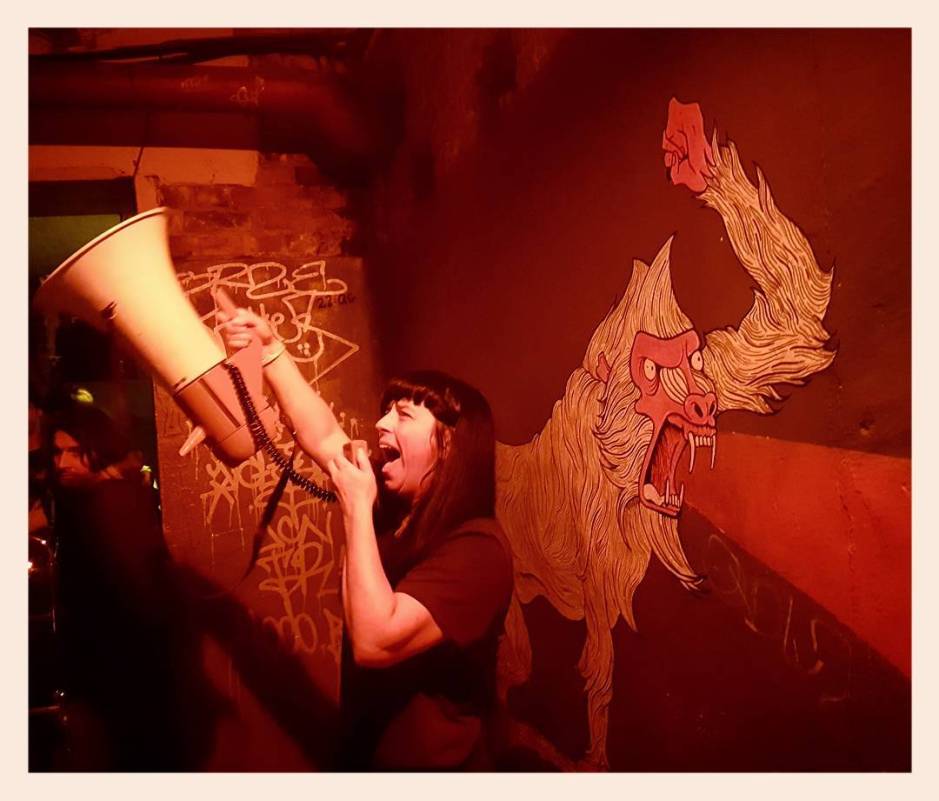 MAG
MAG, aka Magdalena Ågren, is based in Gothenburg, Sweden. Using trombone, megaphone, voice, homemade electronics, loops, and drum machine all at once to build her music from scratch. From the smallest simple element, it grows into a gigantic dystopian lo-fi orchestra. Sometimes restrained and suggestive, sometimes chaotic and wild. MAG strives for deep introspection and expressive power, seeking both confrontation and commonality.
MAG released her first solo album, Magnitude, in november 2016 on Surplus Recordings and Zeon Light Skiva, and has played more than 100 shows in Europe and North America. Magdalena Ågren also currently plays in two other band projects, SORK and Trapped in a Loop.

”one of the best live acts I’ve ever seen. You could call it cabaret wave. Just one solo performer with a trombone, samplers and a great voice. Think like Dresden Dolls meets Bikini Kill, produced by Thurston Moore. – Joost Heijthuijsen, Incuabte festival (from  her show at AFTR fest in Oslo)

“The act who impressed us the most was MAG. Just like Ashley Paul she builds her music from layers. From trombone, with loops and sounds from several units. Songs about anarchist rabbits. Too crazy to imagine and it happened. You felt the music could take a different direction any moment. But the turn always opened a new exciting part of the trip. MAG was not less than THE discovery of Sonic City.” (Review from her show at  Sonic City Festival Curated by Thurston Moore)– Gozo Circus Magazine

“Even more fascinating was the one-woman-band MAG: with a trombone, megaphone, a range of electronica and an anarchist rabbit You had to be there , she constructs songs sounding as militant as Slits and tUnE-yArDs, as dark as Jenny Hval and as triumphant as Anna Meredith. The discovery of the day.” (4 stars of 5m, (Review from her show at  Sonic City Festival)– De Morgen

” She opened for us in Malmo and I’m still scraping my jaw from the floor after dragging it all the way back to The Netherlands. Marvellous, hugely inventive…. words aren’t enough”
– Edward Ka-Spel, Legendary Pink Dots 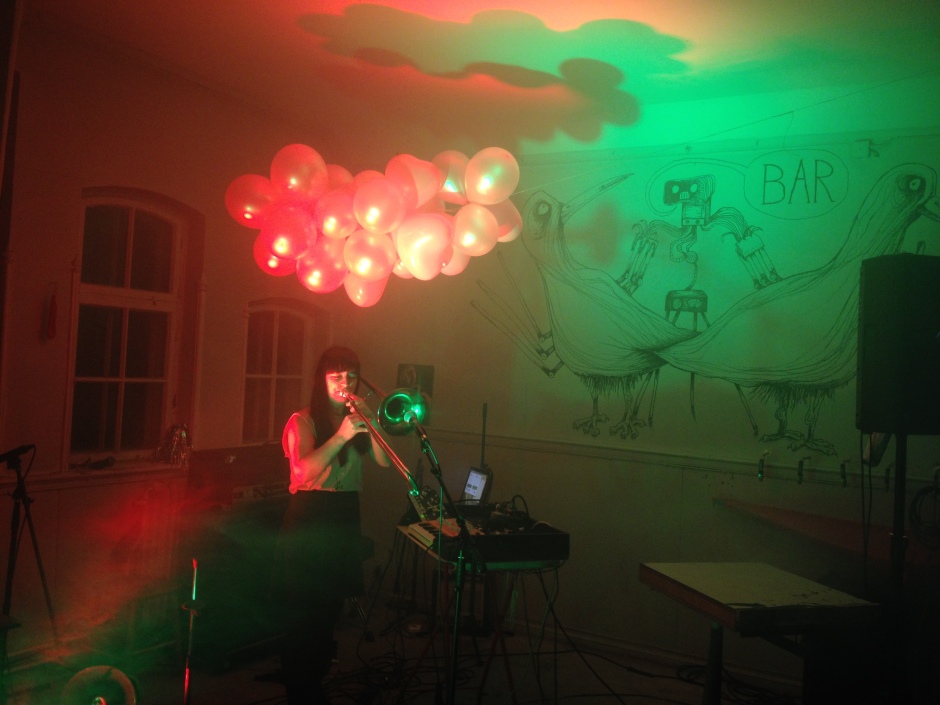 The 8 of Oktober 2016 MAGs album Magnitude was finally released on LP and CD by Surplus Recording together with Zeon light skiva.  You can listen to the album and order it as the LP, CD and digital download from http://surplusrecordings.bandcamp.com/ or https://zeonlightskiva.bandcamp.com/ 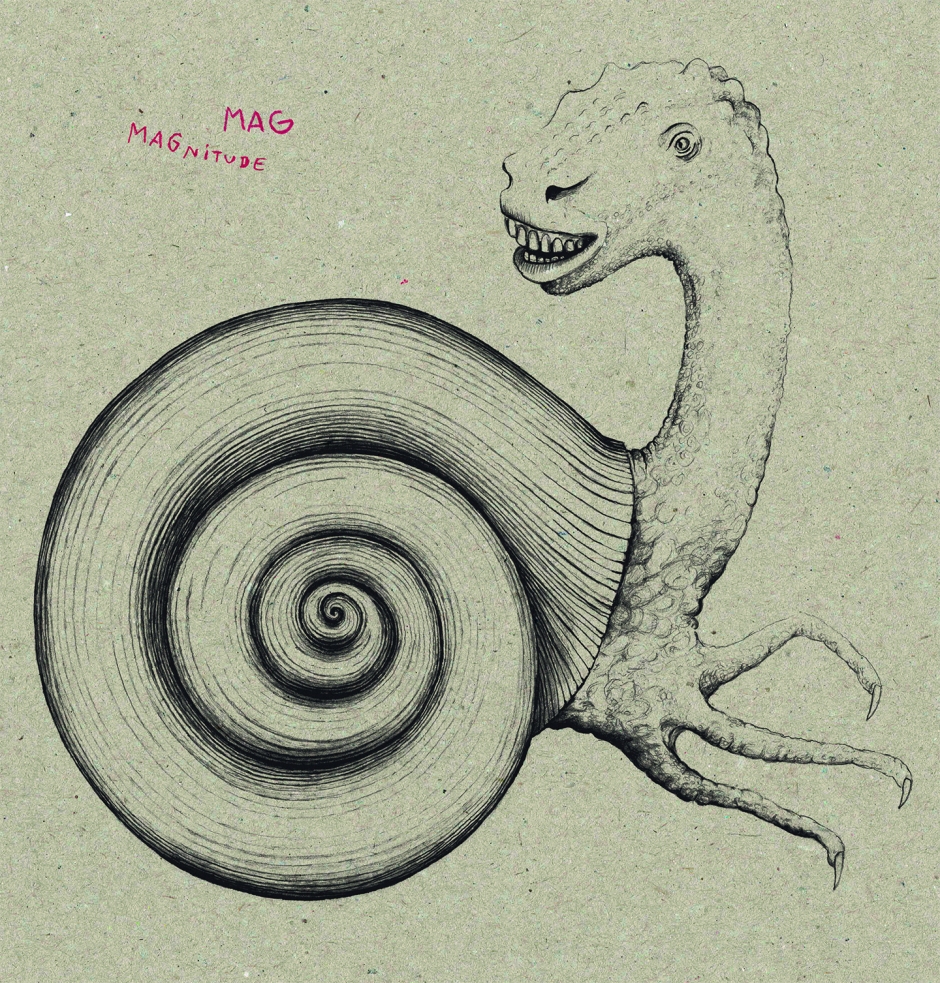 Poster for MAGs album tour made by Richard Daun 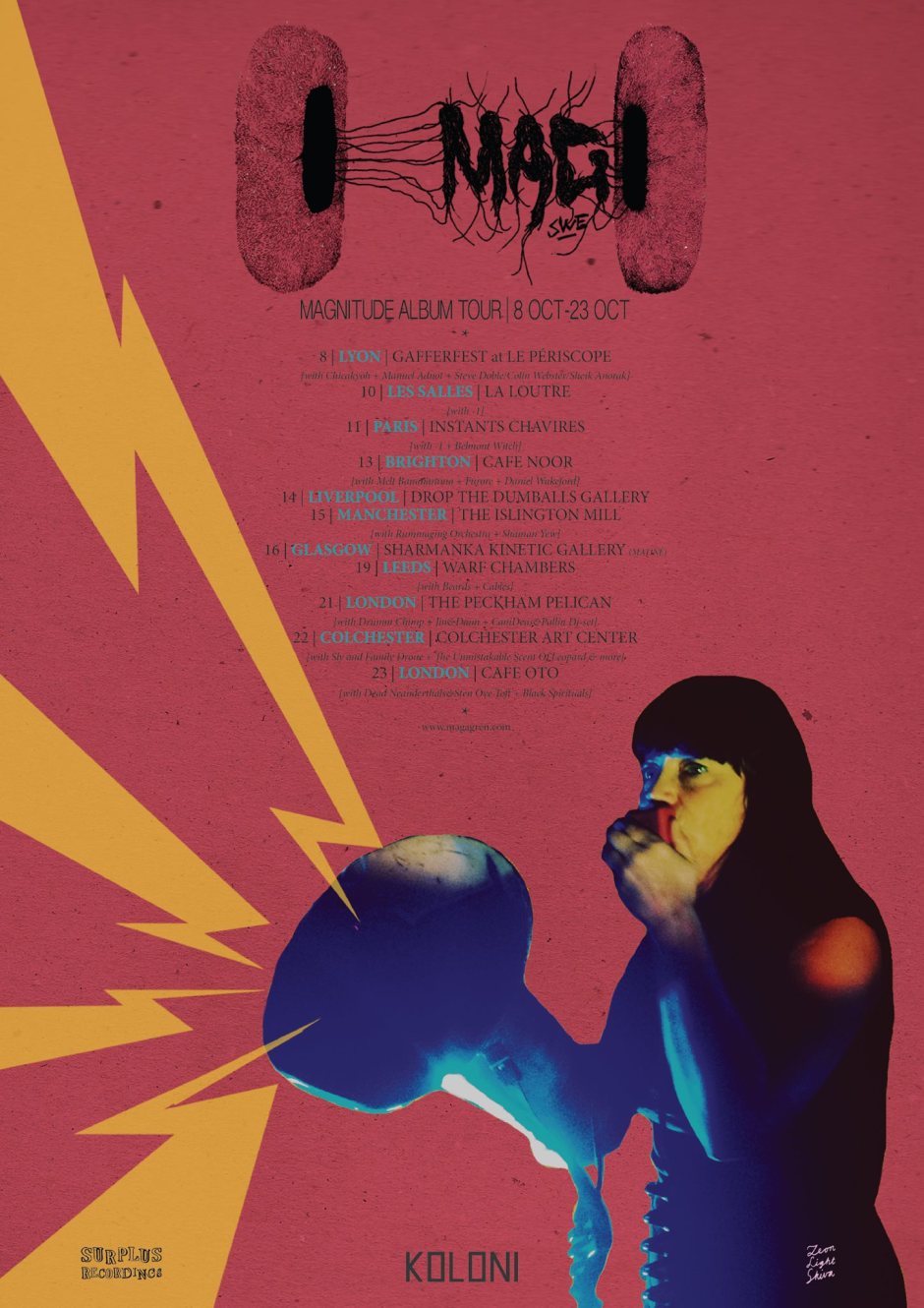 Gif made by Erich Nagl